sextoushop.com.br/maloc-1993-fxlr.php Someone else might've liked it. Right now I'm just really disappointed. Dec 03, Kes rated it really liked it Shelves: fiction , read This is a fun book that reads as a standalone - Gray is sent to live under his professor, Appius Callender, where he meets the professor's daughter.

While there is romance - and I was cautious of this, going in - the romance is slowgoing, and the plot shines. The circumstances under which Gray is sent to Callender are mysterious, and I enjoyed Gray slowly discovering the heart of the plot. The worldbuilding is also interesting: there is magic, there are gods who wield their own magic , and there This is a fun book that reads as a standalone - Gray is sent to live under his professor, Appius Callender, where he meets the professor's daughter.

The worldbuilding is also interesting: there is magic, there are gods who wield their own magic , and there appear to be the old gods. This is a mingled culture; one that we glimpse in part, and set in a Victorian-esque society with the attendant norms.

A Book Blog for Speculative Fiction, Graphic Novels… and more!

This is the first book as part of a series; looking forward to the remainder. Jul 06, Jordan rated it really liked it. I've had my eye on this book for a while, so I was thrilled when I finally had the chance to read it. I particularly loved the fantasy historical fiction aspect, and I felt that Hunter established this setting extremely well. The prose is truly lovely, and though I can see how it could be considered a bit slow to some, I found it to be quite enjoyable to read.

This is certainly a series that I can see myself continuing. It wasn't anything groundbreaking, but it was definitely an enjoyable read.

Sep 22, Monica rated it liked it. It took me a while to finish this but it was really good. Fantasy is still my favorite genre after all.

The ending was a bit too neatly tied up but I'm not complaining. Jul 16, Jen Davis rated it liked it.

I knew when I read the blurb for this book that it might be a little off the beaten path for me, but something about it piqued my interest and I decided to give it a go. It was actually a bit more off the beaten path than I expected. And while I do enjoy a good regency romance, this was more of a YA British-magic-adventure thing.

He becomes closest to Sophie, the middle child, who is about 17 and wishes to become a scholar of magic. Not only do she and Gray become friends, they find a kinship in their love of learning and magic. I found it terribly slow, especially in the beginning. The emotions felt shallow and I struggled to care about the characters. It all felt kind of whitewashed. The villains were cookie-cutter and the big reveal of their schemes at the end felt laid out like the end of a Scooby Doo mystery. The romance was… not a romance. These two people go from friends to in love with the snap of the fingers, once the other character notice they might like each other.

Maybe I am the odd man out. Maybe this young magical alternative-history adventure is just better suited for someone else. This is a tough book to rate.

Unfortunately, I read it during a busy time so I was unable to read more than a chapter or two per night. It felt more like a book that required longer sittings to really immerse yourself in the story. The concept wasn't ground breaking: a young man Gray at a school for magic discovers a murderous plot, meets a charming and independent young women Sophie who turns out to have very strong magical talents, and they team up along with some side characters to stop t This is a tough book to rate.

The concept wasn't ground breaking: a young man Gray at a school for magic discovers a murderous plot, meets a charming and independent young women Sophie who turns out to have very strong magical talents, and they team up along with some side characters to stop the murderous plot. 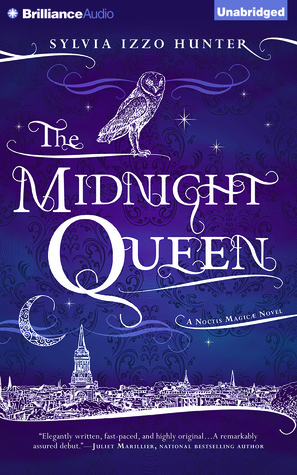 The writing was sort of old fashioned feeling, which made for both a more whimsical feel as well as a slower plot I also couldn't shake the feeling that the whole book felt familiar for some reason. The relationship between Gray and Sophie, the magical Victorianish setting It just felt familiar. I just felt like I'd bumped into these characters in a past book somewhere, but I can't think of what it is. So, overall I may reread it at a later date when I have more time, to see if I can sink into it better. 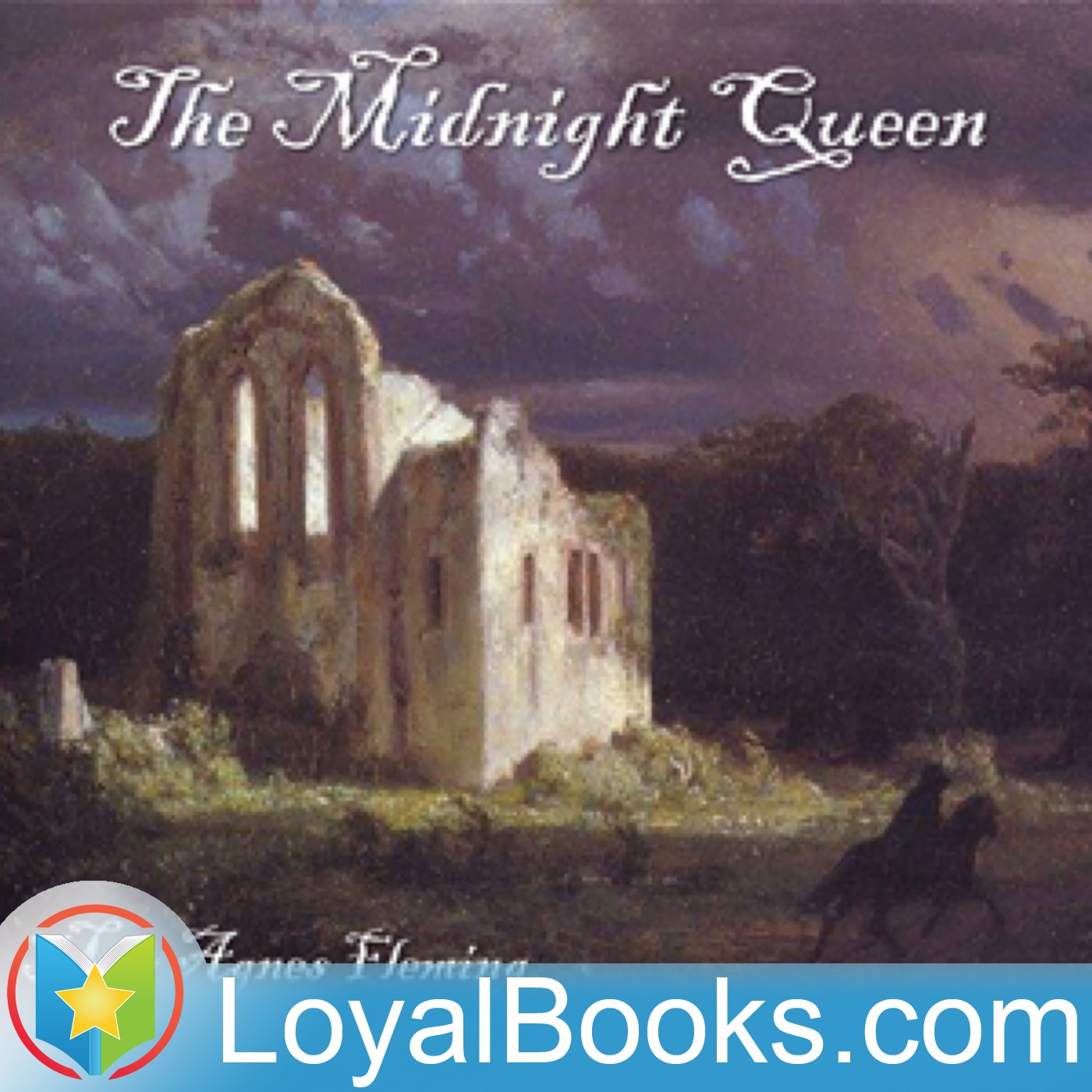 Nov 17, Stina rated it really liked it Shelves: finished-in , popsugar-challenge Yes, I was totally sold by the title and the owl on the cover. I was born at midnight and I have a thing for owls. So the fact that this book's protagonist shape-shifts into a bad-ass grey owl goes a long way to explaining why I enjoyed it so much, when I probably wouldn't have otherwise.

The story itself is not groundbreaking in any way, or clever at all, really, and the plot is peculiarly straightforward. The characters decide to do something, so they do it. Then they decide to do another thing, and then they do that. And it continues in this fashion for several hundred pages. They might encounter an obstacle now and then, but they correctly identify it right away, decide what to do, then They are also astonishingly good at distinguishing friend from foe and heading off trouble before it happens.

Which is good for our plucky band, I suppose, just not so great for telling a suspenseful story. I can recommend this only with a lot of reservations. If all you really want is a nice story with some fantasy trappings and a guy who can turn himself into an owl, and you aren't in a mood to be critical, this is probably just the thing. Otherwise, you might want to give it a miss.

I'll probably read the next one at least. Because owl. Aug 14, Mimi Zane rated it it was ok Shelves: own. DNF at page The print was too small and I couldnt get used to the writing. I won my first book from the raffle but this is my second win overall. I was really happy to win a copy of this but I could not finish it and it had nothing to do with the content of the book. I DNF at page My biggest complaint with this ARC was that the writing was extremely small and very hard to see.

I needed the print to be bigger and I hope it is when it is released September 2nd. The writing is Medieval English which made it hard to grasp and understand what was going on. When this book is released I will give this another try. I would love to listen to this as an audiobook. From what I read, The main character Gray has been accepted into Merlin College due to his knowledge of magick. After a prank, he lands himself working his professor's garden for the summer. There he meets a girl named Sophie. I didnt get very far so Im not exactly sure what happens next.

I am definitely interested in finishing the book but I'm going to wait until there's an audiobook version. Jul 30, Danielle Love at First Page rated it it was ok Shelves: cover-love , own-no-copy , genre-historical-rom-adult , fantasy-scifi-paranormal , read-in , oh-so-long. A mini-review will have to do for this one. I felt like an observer rather than an invested party. The romance — meh. The relationship develops over time, which is good, but there is little chemistry and actual passion. I did, however, enjoy the magical aspect.

This review can also be found at Love at First Page. View all 6 comments. Aug 28, Margaret rated it it was ok.

This book had a lot going for it. Interesting premise. Perhaps a unique world. However, for me everything fell flat. The world is not described in enough detail to really picture. It's also unclear what kind of culture and society the characters live in. I liked the characters, but wanted them fleshed out.